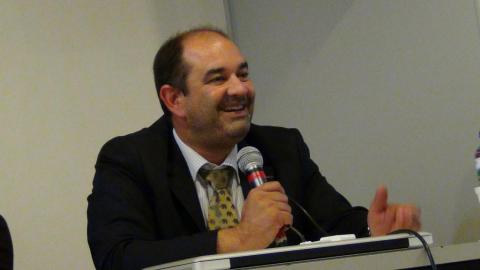 Yann Bisiou is a law and criminal science associate-professor at Paul Valéry Montpellier 3 University (France) and a former Junior Program Officer in the United Nations Drug Control Program. He had been a member of the scientific council of EMCDDA - European Monitoring Center for Drugs and Drug Addition (2002-2005) and of French ODCCP (MILDT - 2000-2007), before being the vice-president of the Board of Paul Valery University from 2008 to 2016. He also acts as an expert for various government authorities as European Commission (1996, 1999, 2000), Switzerland Ministry of Justice (2000-2001), the Independent Inquiry on the UK’s Misuse of Drug Act (1999-2000), the French Parliament (2013, 2014, 2018).

Yann Bisiou Has been working on Drug Laws and Drug Policy since 1989, he is the co-author of the main book on Drug Control in France, « Le Droit de la Drogue » (Dalloz, 2000), and has authored more than 40 book chapters and articles in journals and presse on Drug Control and new educations technologies. As a professor, he teaches in many countries like Georgia, Gabon or China in a joint-programme in cooperation with East China Normal University in Shanghai or Renmin University of China.